The symbolic colour selection is highly influential and each year Pantone drives an even bigger marketing campaign by partnering with leading retailers such as Sephora, Room Copenhagen and Lowes. Unlike past choices, including last year’s Marsala, Pantone breaks from tradition by blending two shades to “a harmonious pairing of inviting shades that embody a mind-set of tranquility and inner peace,”

Described as “a color snapshot of what we see taking place in our culture that serves as an expression of a mood and an attitude.” Pantone has taken the role

of colour, cultural and communications forecaster. The colour prognosis is determined from a variety of industries and we will inevitably see the two colours permeate other areas of design, from fashion to product design, interiors and homewares.

Rose Quartz and Serenity were chosen in response to consumers seeking “mindfulness and well-being as an antidote to the stresses of modern day life”. In a wider context, Pantone’s Spring 2016 palette welcomes “colours that psychologically fulfil our yearning for reassurance and security” and the apparent “desire to disconnect from technology”.

Pastels have been prevalent throughout fashion and all other areas of design, so the choice of a of a nurturing palette that embraces nature is not an unprecedented. However, thos unilateral approach to colours comes at a time where gender is a hot topic and “societal movements toward gender equality and fluidity”, says Leatrice Eiseman. 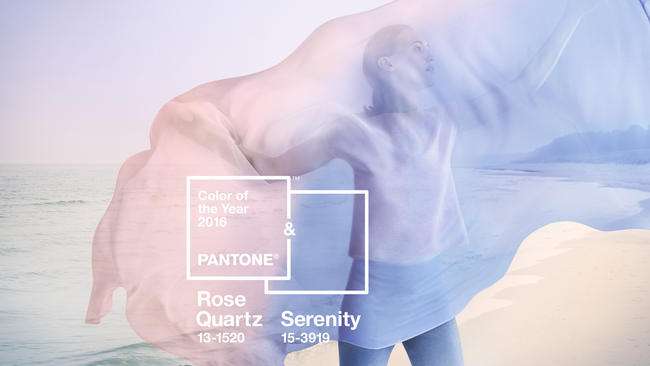