The Restaurant & Bar Design Awards now in its eleventh year is a globally recognised competition dedicated to the design of food and beverage spaces. This covers every imaginable hospitality space, from ships to airports, museums to burger vans, and from revered Michelin-starred establishments to the fleeting dynamism of pop-ups.

Judged by a panel of some of the most influential personalities in design, hospitality and lifestyle globally, this annual edition of the Awards attracted over 1000 entries from the UK and 70 other countries. 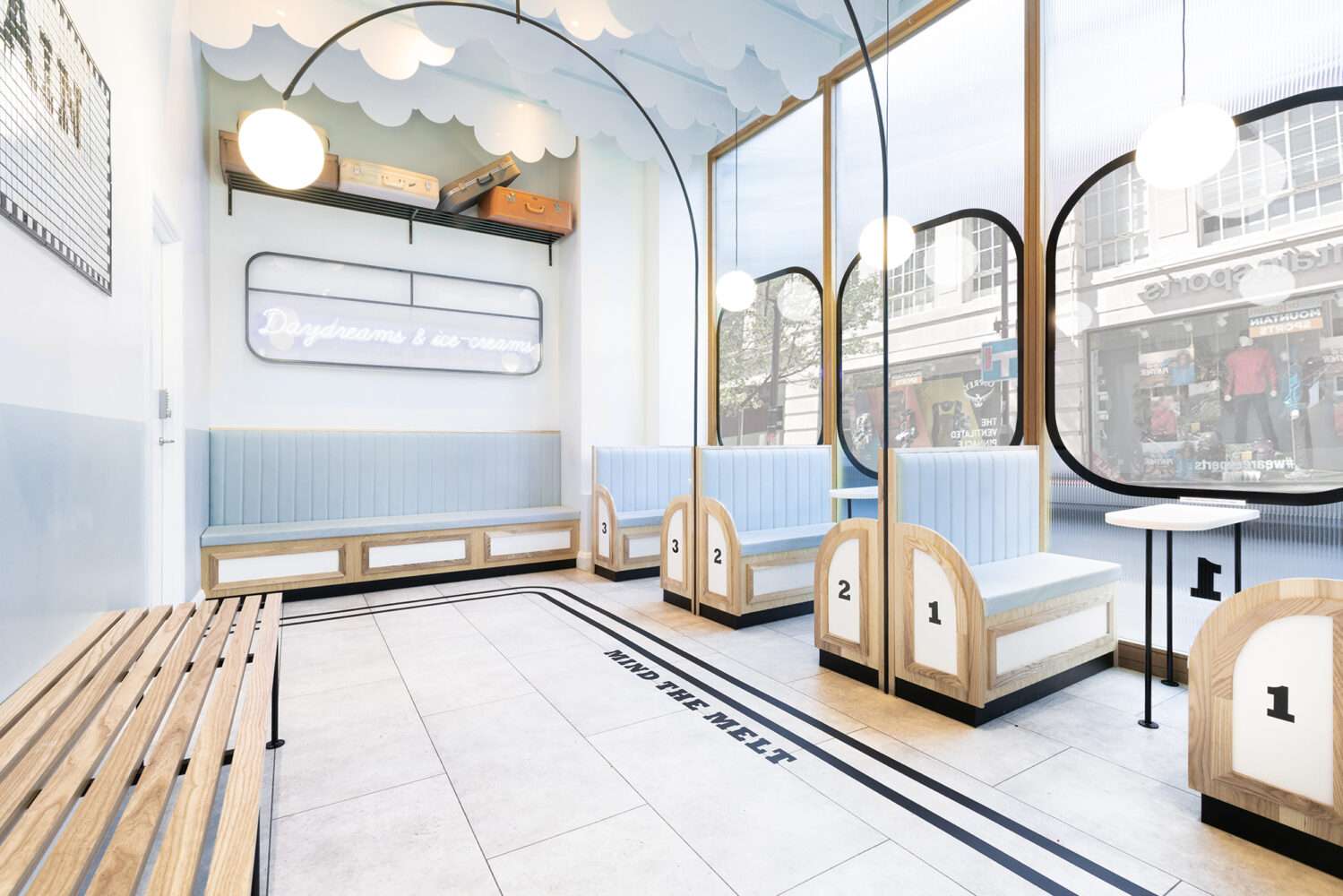 The FormRoom team created a unique, dream-like landscape for the Milk Train customer. A predominately monochromatic palette is utilized to echo the Art Deco movement popularized amongst traditional train stations and platform iconography.

The key focus was to create a space that was easily adaptable to all trends whilst not deviating from their dreamy ice cream products and the core brand identity. Covent Garden was to provide the core brand design blueprint, by which all future sites will evolve from.