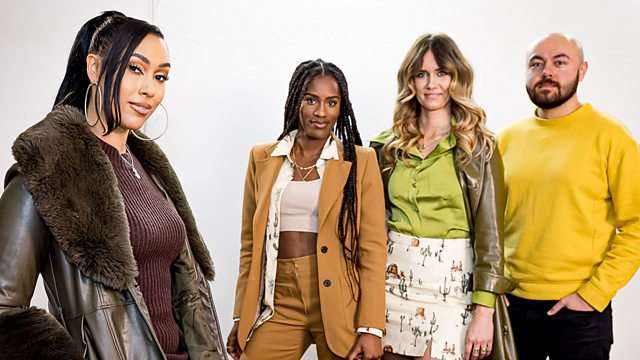 We are thrilled to announce our MD, David Roberts, participation in a brand new BBC three series ‘Hire Me: Competing For A Dream Job’, which aims to showcase fresh talent in sought after industries, regardless of background and formal education.

Hosted by BBC Radio 1Xtra‘s Snoochie Shy, Hire Me: Competing For A Dream Job offers young hopefuls the chance to land a job in their dream industry. In each episode, three candidates compete against each other in a fast paced, larger than life job ‘interview’ for the role of their dreams – including radio production, film making and commercial interior design (!).

David and Formroom feature in Episode 3 (Commercial Interior Design), where the three candidates undertake a series of design tasks with help from Formroom designers. In the first challenge, the participants are tasked with creating their own display window in a shopping centre using only the most basic art supplies and under strict time pressure. David is joined by interior design duo Whinne Williams and Kierra Campbell from Poodle and Blonde to help him judge the windows.

The second challenge sees the 3 candidates drafting and executing an instagrammable ‘booth’ concept for Pandora, following the launch of their Gen-Z oriented collection ‘Pandora Me’.

With the help of Siobhan King Pandora’s Marketing Director, David then selected the candidate that he felt had delivered a concept that most strongly aligned with the brief, which was to create an interactive, on brand, retail concept for Pandora’s focus consumer.

‘Hire Me: Competing For A Dream Job’ is available to view out now on BBCiPlayer.